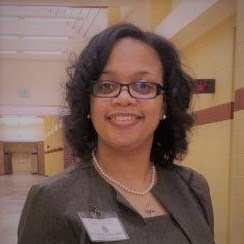 We would like to welcome Dr. Tara Foster to the ALNBCT Network board as our new secretary. Dr. Foster is a graduate of Ramsay High School in Birmingham, AL. She earned degrees in Early Childhood Education, Adult Education, and Leadership in Educational Administration from Alabama State University (B.S., 1997), the University of Montevallo (M.Ed., 2001), Capella University (Ph.D., 2013), the University of Alabama at Birmingham (UAB) (M.A.Ed., 2014), and Auburn University (Ed.S., 2015). She also earned National Board certification as an Early Childhood Generalist, originally certifying in 2007 and re-certifying in 2016. Dr. Foster has had the pleasure of working in education for fifteen years in districts across the state of Alabama as a classroom teacher, a training coordinator as an Alabama Math, Science, and Technology Initiative (AMSTI) Specialist, and as a college instructor for the TeacherReady Certification Program at the University of West Florida. Most recently, Dr. Foster was a teacher at Brighton Middle School where she earned the distinction of Teacher of the Year for the school, the Elementary Teacher of the Year for Jefferson County, and is currently the District IV Teacher of the Year for the State of Alabama (2017-2018). She now serves the students of Hueytown Middle School as a part of the leadership team in the role of Assistant Principal, and teachers within our state as the Secretary of the Alabama National Board Certified Teacher Network. Her motto is "Planting the Seeds...Fostering the Future" and she believes her current work is laying a foundation for the lives of students for years to come.
Posted by Alabama NBCT Network at 6:10 AM 1 comment:

Alabama NBCT Network
The Alabama NBCT Network is a group of National Board Certified Teachers working to provide connections between Alabama NBCTs, board candidates, and NBPTS. We provide a support system for NBCTs as they support candidates, share ideas and concerns, grow professionally, work to improve our schools and seek leadership opportunities. We strive to build accomplished teachers by developing relationships with pre-service teachers in teacher preparation programs and early career teachers in district mentoring programs. Through the development of strong relationships with policy makers, legislators, and community leaders, the Alabama NBCT Network advocates for every child in every zip code to have accomplished teachers.